1 ‘I feel compelled to use my passion for these animals’ 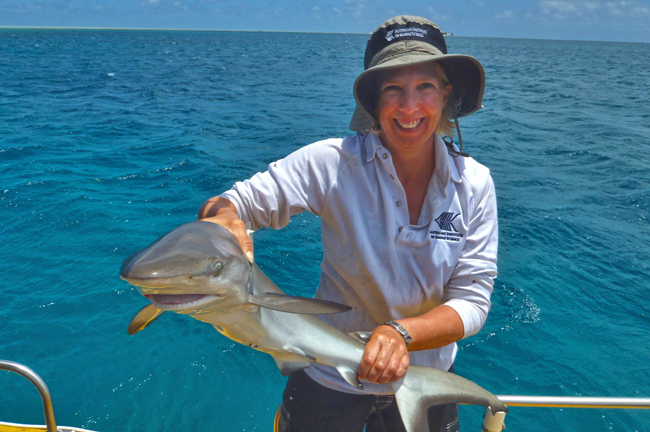 Dr. Michelle Heupel (holding a grey reef shark) is a Principal Research Scientist and Team Leader for Ecological and Biological Monitoring at the Australian Institute of Marine Science (AIMS).

Dr. Michelle Heupel is a Principal Research Scientist and Team Leader for Ecological and Biological Monitoring at the Australian Institute of Marine Science (AIMS). Dr Heupel is a pioneer in the application of acoustic tracking to study shark movement ecology.

Her current projects examine the long-term residence and movement patterns of sharks and rays in coastal and reef ecosystems. “I have always been fascinated by sharks and set on a track to study them from the time I was a teenager,” Heupel said. “During the course of my career I have seen our use of sharks change with many populations now in serious decline. We need sharks in our ecosystems and I feel compelled to use my passion for these animals and my acquired expertise to inform and support management and conservation of shark populations.”

Dr. Heupel is also part of the Global FinPrint team, the first global survey of its kind, that brings together an international research team and collaborators to fill a critical information gap about the diminishing number of sharks and rays.

2 ‘I can’t afford to see elephants die like this’ 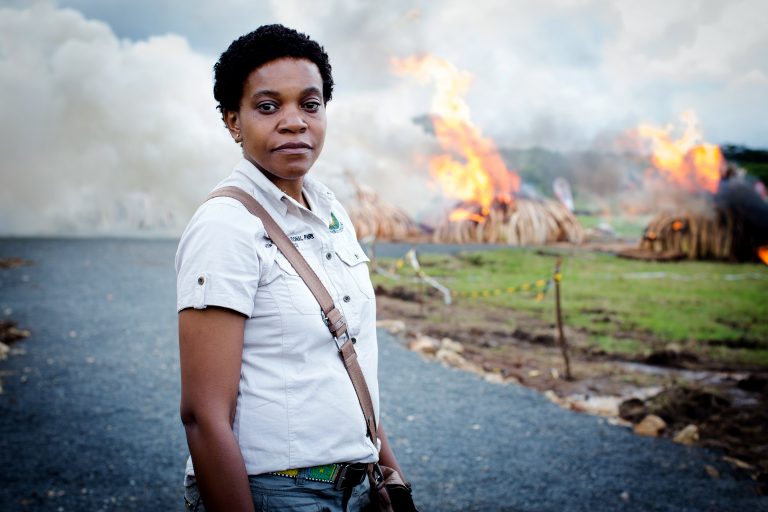 Georgina Kamanga is the first woman to head the intelligence and investigations unit of National Parks and Wildlife Zambia. Photograph: Anne Ackermann

Georgina Kamanga is the first woman to head the intelligence and investigations unit of the Department of National Parks and Wildlife Zambia. Kamanga works to show that African governments and individuals are passionate about protecting wildlife, often risking both economic and personal safety. “I’m now taking the whole thing very personal. I can’t afford to see elephants die like this. I can’t.”

She also features in Vulcan Productions’ award-winning documentary The Ivory Game, which you can see on Netflix.

3 ‘We have to build public support to push politicians’ 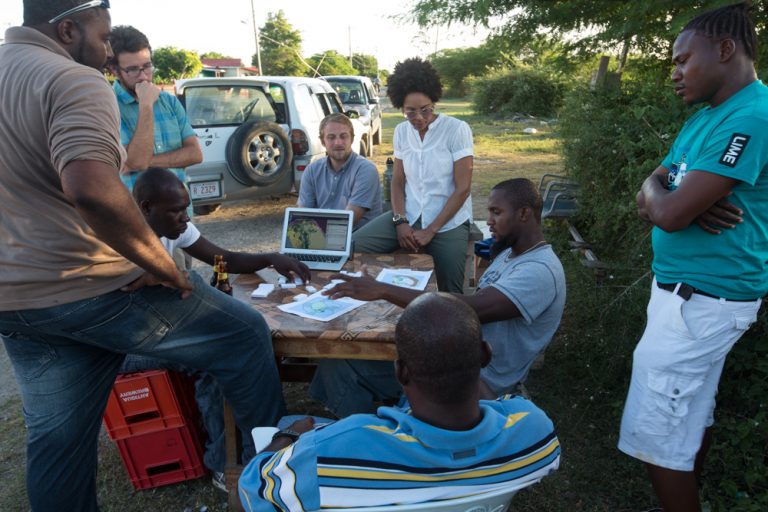 Dr. Ayana Elizabeth Johnson is a PhD marine biologist, policy expert and conservation strategist. Her mission is to build bridges between science, policy and people, so we can use the ocean without using it up.

Her consulting practice provides integrated ocean conservation strategy and communications support for everyone from Greenpeace to the NY Aquarium. She co-founded the Blue Halo Initiative and led the Caribbean’s first successful island-wide ocean zoning project, resulting in one third of Barbuda’s coastal waters being protected.

She says her biggest challenge is getting government representatives to act. “Lack of political will is the biggest challenge I see right now in ocean conservation. Politicians seem afraid to lead on conservation and sustainability, even though it makes economic sense, so we have to build public support to push them.”

Click here to watch Johnson’s TED talk and learn more about her work. 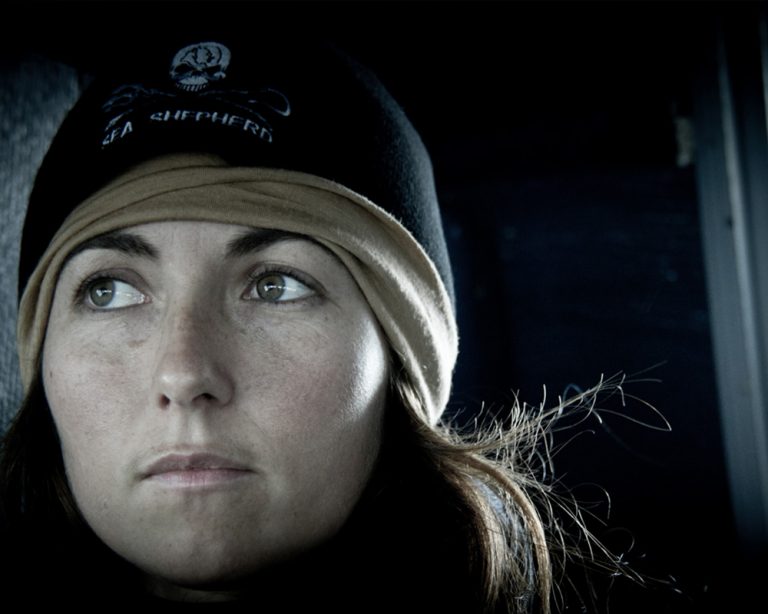 Captain Oona Layolle is the Sea Shepherd captain of the M/V Farley Mowat in Mexico’s Gulf of California. The Sea Shepherd conservation campaign aims to save the vaquita, an almost extinct porpoise. Criminals illegally target a protected fish called the totoaba and the vaquita is snagged as by-catch.

Despite her work putting her at risk from retribution from Mexican cartels involved in the totoaba trade, Layolle is determined to make a difference. “I want the oceans to be as beautiful as when I was a kid. I do this because I want to save what I love. I want to fight for the ocean.”

You can watch Layolle at work in the Animal Planet and Vulcan Productions series Ocean Warriors. 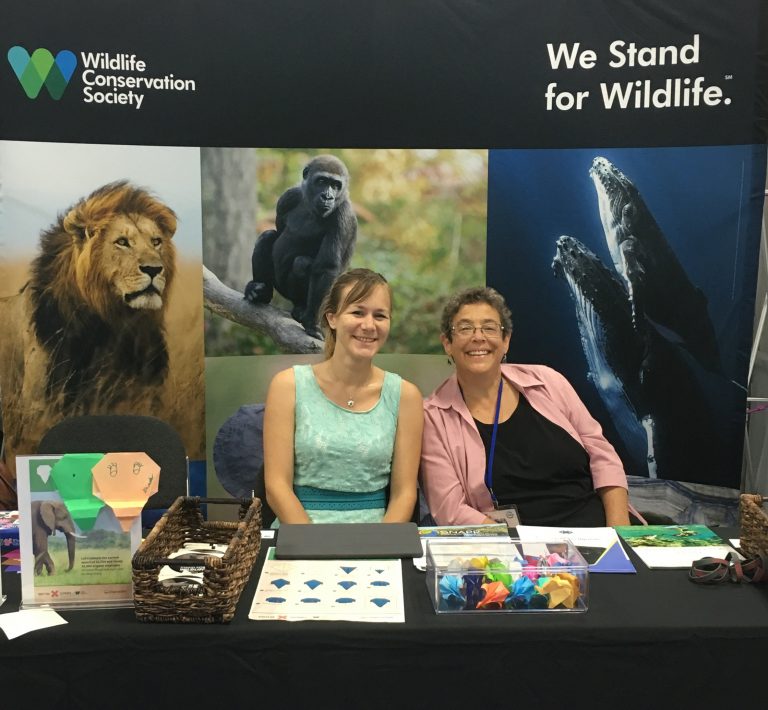 Dr. Susan Lieberman, vice president of international policy with the Wildlife Conservation Society (WCS), has worked in international biodiversity conservation at the intersection of science and policy for more than 25 years.

Dr. Lieberman is a member of the International Union for the Conservation of Nature’s tortoise and freshwater turtle specialist group, and the United for Wildlife/Royal Foundation Transport Taskforce, and was on former President Barack Obama’s wildlife trafficking advisory council.

She says a career in wildlife protection is full of rewards. “It is tremendously rewarding when I know I have helped make a difference for the conservation of wildlife species on the ground and in the water.

“I have also found it incredibly rewarding to meet so many dedicated conservationists around the world, often fighting against overwhelming odds.”