A Break For Mako Sharks

Victor sits on his boat and stares out into the blue waters of the Sea of Cortez, something he has been doing for over four decades. Today is different though.

Ever since he was little, Victor has been a fisherman. Born into a generation of shark fishermen in a small Baja California, Mexico town, this came naturally to him and seemed like his only option to make a living. Nowadays Victor has some different plans and dreams, instead of catching sharks and selling the meat and fins to support his family, he hopes to transition into a livelihood by showing the sharks and waters he knows so well to visiting tourists. 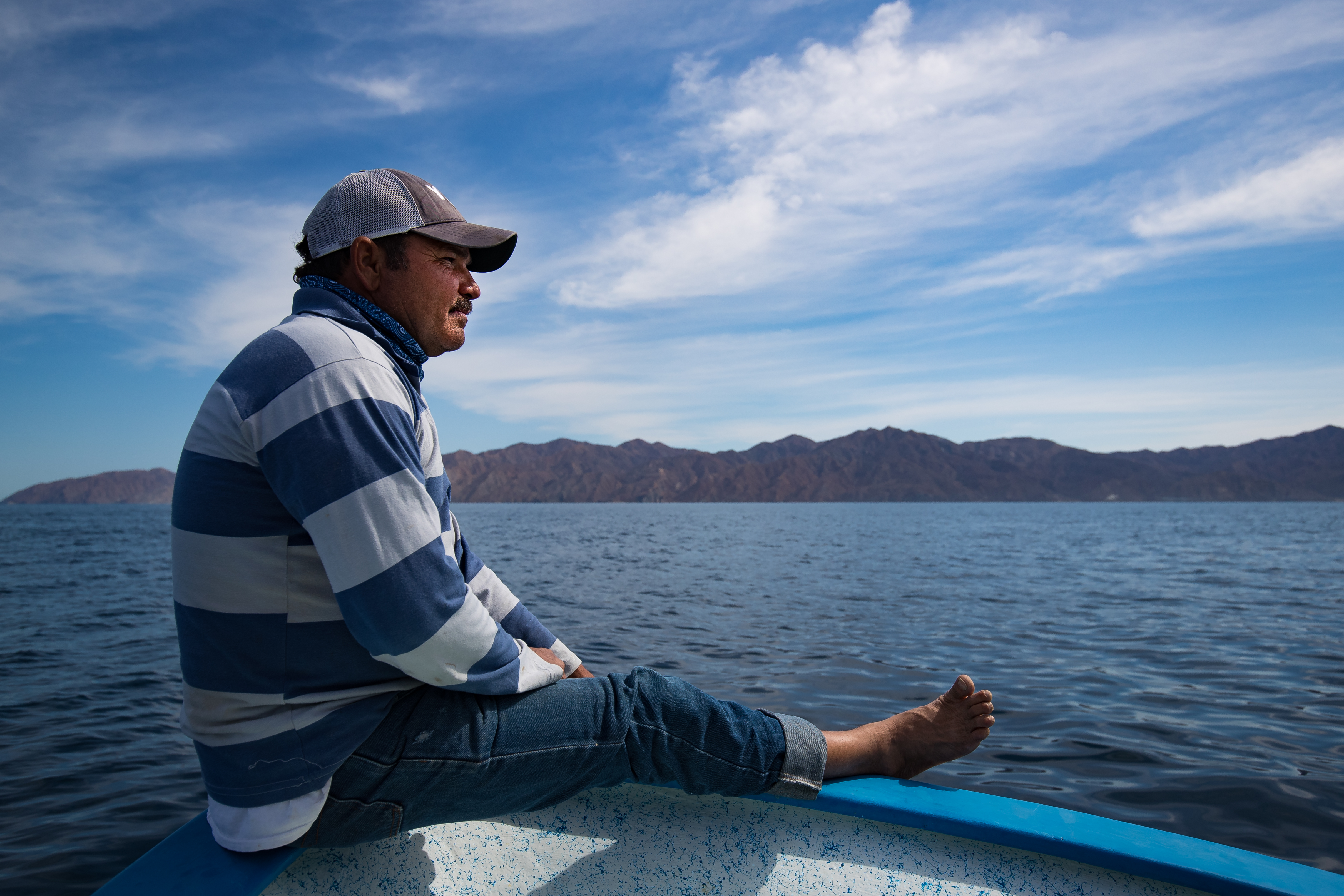 A few years ago, Victor started to realize the impact shark fishing has on our oceans. It dawned on him that this wasn’t going to be a sustainable way to make a living and that his profession was contributing to the decline of this species. After being in the presence of sharks underwater himself and seeing these amazing animals up close, he wanted to give up shark fishing once and for all. There are not many alternative livelihoods available to him but he’s passionate and determined to make ecotourism around sharks and the ocean his new job and mission in life.

Victor isn’t the only fishermen who thinks likes this. In fact, many would prefer to work in a more sustainable and less dangerous industry like ecotourism. All over the world shark diving and snorkeling is gaining popularity and the ecotourism industry surrounding sharks now has an estimated global annual revenue of over $300 million and increasing every year. Shark fisheries on the other have seen a decline in profits.

Shark meat is still sold all over Baja California, makos in particular are targeted for their fins, meat and their jaws and heads are even sold as souvenirs. The meat is common in fish tacos. But research has shown it contains one of the highest concentrations of mercury, often three times as high as the national allowable levels in Mexico. This makes it unsuitable for human consumption but without proper labelling in grocery stores and restaurants people are often unaware they are eating mako shark and even more unaware of the risks of consuming meat with a high mercury content.

Top predators like mako sharks play a key role in maintaining a healthy ecosystem, unfortunately for makos, which are the fastest sharks in our oceans, they don’t deal well with targeted fisheries as they reproduce slow and mature late. The North Atlantic population of makos have declined over 70 percent since its first assessment, clearly showing how unsustainable this fishery can be if no proper regulations are in place. While the Pacific population isn’t doing quite this bad, it’s unclear how much longer they can handle high fishing pressures.

Makos are one of the most common sharks caught on the high seas yet have almost no international protection, if we want to preserve this amazing species then this needs to change now. With a shark that can be so valuable for tourism it would make more sense to focus on ecotourism where possible and give fishermen like Victor a chance to earn a more sustainable living and be part of conserving our blue planet for future generations.

A photographer captures a mako shark in its natural habitat
Victor, a fisherman from Baja California, Mexico, reflects on his previous career as a shark fisherman
Discards from fished mako sharks lie at the bottom of the sea. Because mako sharks are often killed just for their fins, fisherman will often toss back into the ocean what they don't use
Mako shark meat found at a fish market often finds it way into fish tacos. Research shows the meat is unsuitable for human consumption.
A fisherman prepares to cut off the fin of a mako
Makos are particular targeted for their meat and fins as well as their jaws.
A mako shark swims over a fisherman just off the coast of Baja California, Mexico

These 15 Sharks Species Are Now Critically Endangered, Here's Why You Should Care

These 15 Sharks Species Are Now Critically Endangered, Here's Why You Should Care