While attending a screening of Vulcan Productions’ The Cold Blue, we struck up a conversation with the man sitting behind us in the theater who was an enthusiastic fan of the film. We learned that his father was a gunner on the 44th Bomb Group, who flew missions like those captured in the film, and he graciously provided us some insights into his father’s memories of the war. We were incredibly moved by his words, which you can read below:

My father, Charles Robert Winters, along with tens of thousands of his fellow citizens, accepted the call to serve his country during the Second World War.

He enlisted in the Army Air Corps, and trained to man a gun from inside the belly of a B- 24 Liberator. He was a member of the 44th Bomb Group 68th Squadron, known as The Flying Eightballs. The 44th flew their missions from the outskirts of small English village named Shipdham into Nazi-occupied Europe. 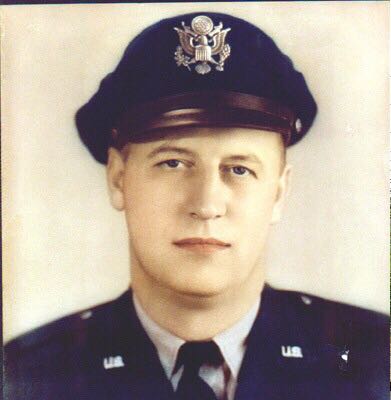 His first combat mission aboard a B-24 occurred on on July 6th 1944, one month after D-Day. The targets were submarine pens and docks located in Kiel, Germany. Since this was my father’s first flight into combat, he flew with an experienced crew, not the crew he trained regularly with. In hindsight, having been assigned to a new crew saved him from being taken as a prisoner of war as the aircraft (Patsy Ann) was lost the following day on a bombing mission over Bernberg, Germany. While the aircraft was mortally wounded, the 10 airmen on board were captured and became Prisoners of War. 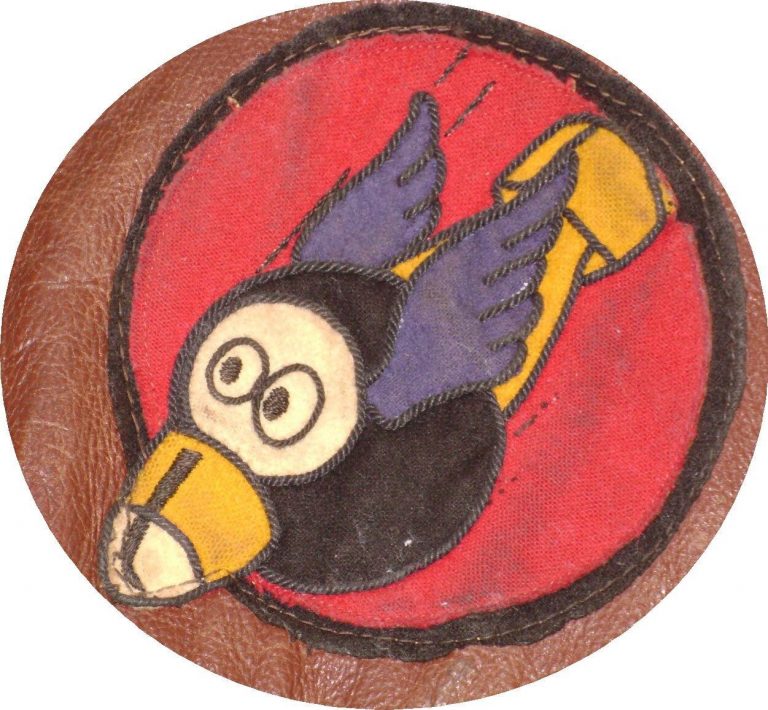 Patch for the 44th Bomb Group, “The Flying Eightballs”.

On what would have been his 34th mission, the plane lost lift and crashed during takeoff. The aircraft was a total loss but the full crew survived with only minor injuries. Given the bomb load aboard and the aircraft damage, the outcome could have been catastrophic, but it was as though each of the airmen had an angel flying on their shoulders that day.

My father flew a total of 33 missions from July 1944 through March 1945 while assigned to the 44th Bomb Group. He rarely spoke about his experiences during the war keeping much inside. In 1979, three years before his death, my brother and I took him on a surprise trip to England and Europe. We visited Shipdham, which would turn out to be a day that I will never forget. Upon arrival, my father exited the car and walked away alone for about 20 minutes. When he came back to us, his face was awash with emotion, the tears glistening on his cheeks. That was only the second time I saw my father cry. He cried for his friends he had lost and the men he loved and cared for, as well as having the opportunity to return to this patch of earth with his two sons.

As we walked around his old airfield reminiscing he shared a story with me, he finally began opening up about his experiences during the war. He relayed his high respect for the British people. He shared that they were strong willed, and how in horrible times still maintained a sense of humor. He told me he was on pass from base visiting London near Piccadilly Circus when he noticed a bank that had been damaged by a German “buzz bomb”. A sign in front of the Bank read, “If you think this looks bad….. you should see our Branch in Berlin.”

My father’s emotions and tears remembering his time in Shipdham struck me at my very core. My father passed away still a young man at age 59 in 1982. I am glad I had the opportunity to see The Cold Blue on the big screen. The movie was powerful, and I am personally appreciative that the film was saved and restored so future generations will fully understand the history and sacrifices of others, whose voices are being silenced by time. 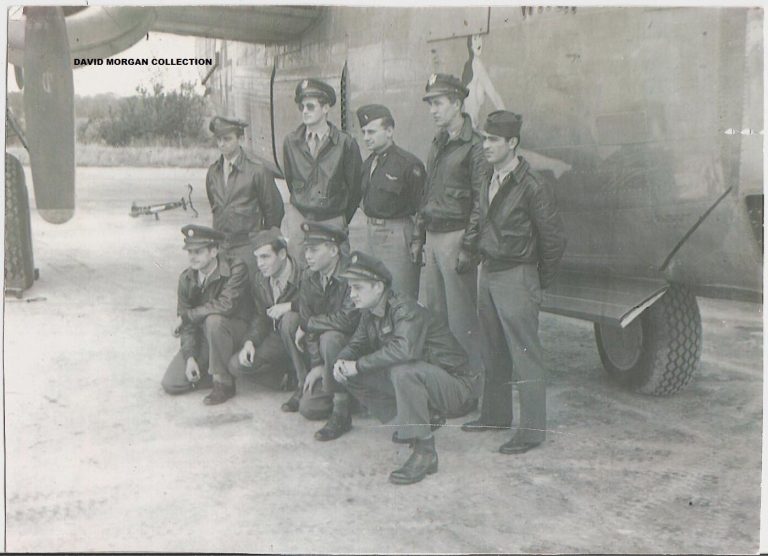 Charles Robert Winters, of the 44th Bomb Group 68th Squadron, can be seen kneelingo n the far right side. Photo courtesy of his son.

As more and more of the generation that fought so hard in World War II begin to pass away, it is critical that we safeguard their stories. It is our mission to do this; with films like The Cold Blue and Chronicles of Courage, at museums like Flying Heritage and Combat Armor Museum, and by going on missions with the R/V Petrel to locate lost ships and historic artifacts. On this day, the 75th Anniversary of D-Day, take the time to speak to your friends, family, and neighbors who lived through this important time in history- veterans or not – they have stories that we must preserve for future generations.

7 Things People Are Saying After Watching The Cold Blue

7 Things People Are Saying After Watching The Cold Blue