“I turned twenty over Germany,” said 95 year old flight engineer Teddy G. Kirkpatrick, “My memories are there every night.” As we approach the 75th anniversary of D-Day, the men who lived through World War II are reaching advanced ages. It is more important than ever for us to gather and preserve their stories so we can continue to honor their sacrifices. That was the motivation behind Vulcan Productions’ recent WWII documentary The Cold Blue, which tells the stories of the men of The Eighth Air Force. Established in mid-1942, the Eighth Air Force began with humble beginnings in borrowed RAF aircraft, but they would eventually go down in history as “The Mighty Eighth”, one of the greatest armadas to ever fly. You can see their story in The Cold Blue, available on HBO June 6. Here is a clip of their reunion and emotional reactions to the film:

Not only does The Cold Blue unfold its story using meticulously reconstructed footage collected from the National Archives by director Erik Nelson, it is narrated by these living veterans of The Mighty Eighth, men now in their nineties reflecting on their fears, losses and the determination it takes to fly a mission from which you may not return. The Cold Blue is a meditation on war, youth and trauma; it is a tribute to the men who flew, fought and died, and the filmmakers who joined them to tell their stories. 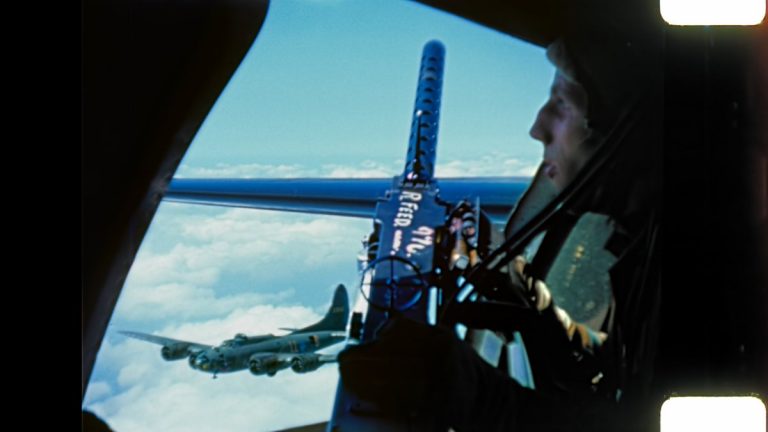 The Eighth Air Force flew dangerous, daylight strategic bombing campaigns against Nazi-occupied Europe, and the reason we have the footage of their experiences is because of the work of Hollywood director William Wyler and his crew. These men filmed the wartime movie The Memphis Belle: A Story of a Flying Fortress by riding along on actual bombing missions; filming from ball turrets, fuselages and cockpits, sometimes dropping their cameras to man a gun. They sought to depict the realities of aerial combat and the men who climbed into these bombers each day, knowing it could be for the last time. The filmmakers put themselves in incredible danger, and they even lost one of their own when cameraman Harold Tannenbaum was shot down along with a B-24 Liberator. In The Cold Blue, Nelson brings these stories back to life with a film that immerses the audiences in the experiences of the Eighth Air Force, converting 16mm black and white film into gorgeous full color. 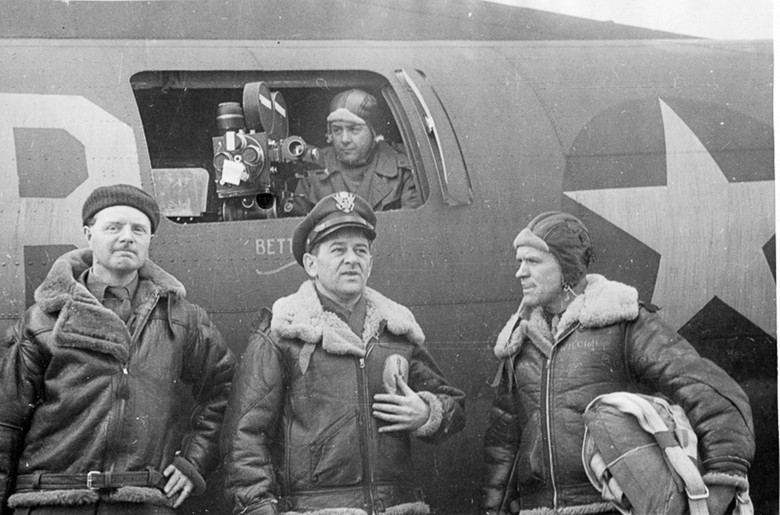 By restoring the original footage, Nelson captures the tiny moments, and expands our understanding of the toll that flying such dangerous missions took on these men and how they coped with returning again and again to the skies above a well-armed enemy. Help us continue this “summer of honor” by watching this film on HBO and our efforts to preserve history to honor those who served.

Learn more about the Summer Of Honor here, and see The Cold Blue trailer below: