World War II’s Pacific theater is often remembered for historic naval battles between the American and Japanese navy, but the Pacific war was not only fought at sea. More than 200,000 Filipinos fought against Japanese forces during WWII, protecting their homeland at the side of the Allies. It is the mission of our Summer of Honor storytelling series to preserve and share the memories and experiences of our veterans to help honor their service. In many cases, the wartime stories of some veterans remain untold. Regularly glossed over in our history are the Filipino and Filipino-Americans who fought as enlisted troops and resistance fighters during WWII. It is important that we not only acknowledge their sacrifices, but bring their stories to national attention.

Just hours after the attack on Pearl Harbor, the Japanese invaded the Philippines in their quest to control the Pacific. Gloria Ysmael Adams was just 11 years old and walking home when she survived the Japanese bombing of Clark Air Base, where her father was stationed as part of the 12th Cavalry Regiment where he ran the radio operations. She lived through the Japanese occupation, recalling the public torture of civilians as Japanese troops searched for suspected guerillas fighting in the resistance movement. 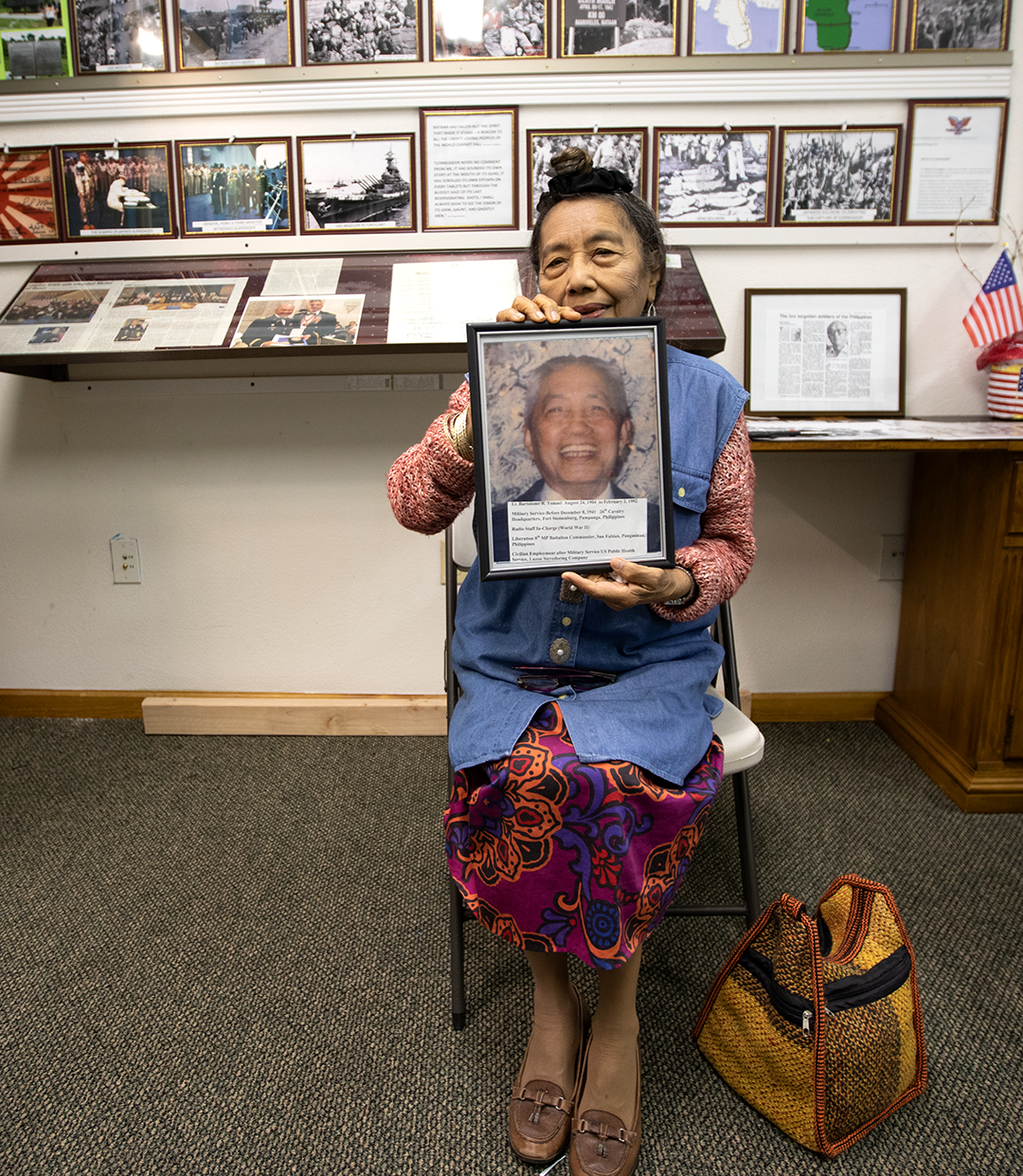 Eventually, the “defenders of Bataan” were forced to surrender. What followed was the Bataan Death March, where the Japanese Army transferred 60,000 to 80,000 American and Filipino prisoners of war to POW Camp O'Donnell. During the 60 mile march American and Filipino prisoners experienced severe abuse and neglect. Prisoners received little food and water and were forced to march with "sun treatment" a form of torture where they sat in direct sunlight without head coverings, often within sight of water. The Bataan Death March was deemed a war crime after the conclusion of WWII. As with many mass atrocities, there are differing reports of the actual number of casualties, but according to the Bataan Corregidor Survivors’ Association 1,600 American and 16,000 Filipino POWs died. 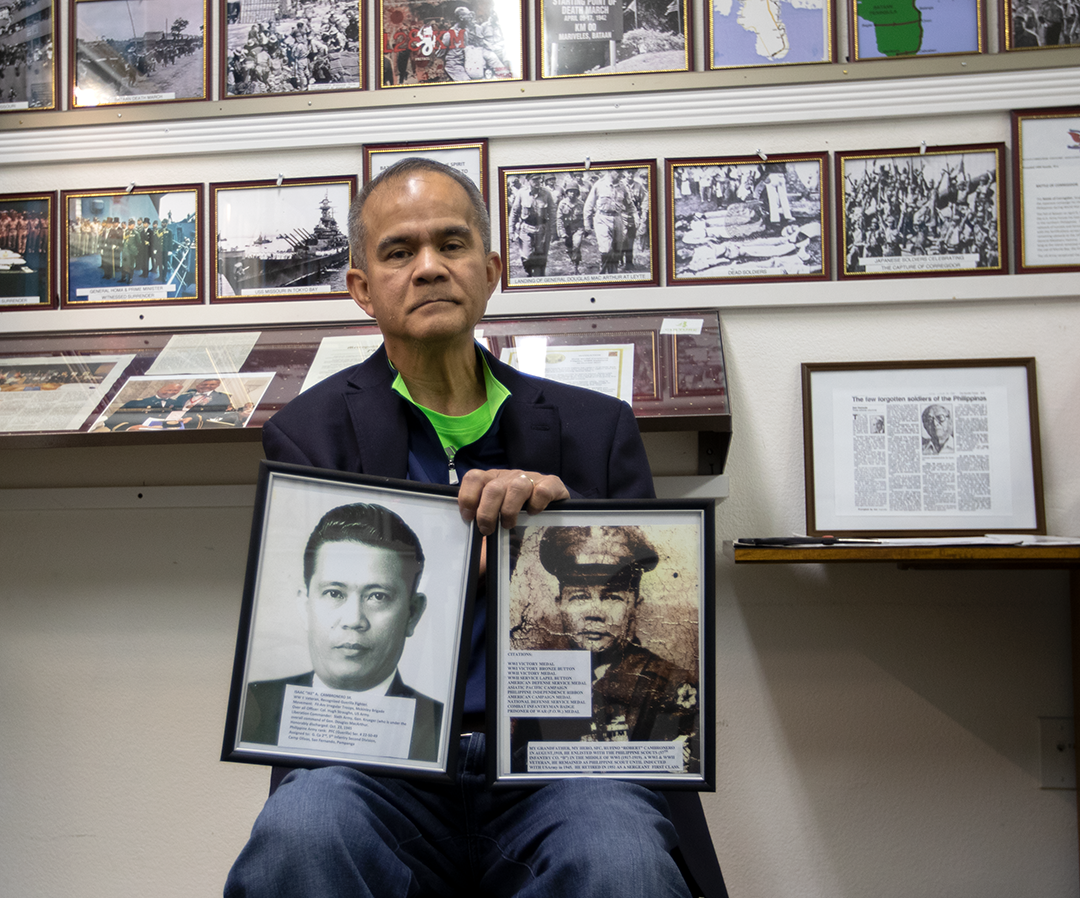 Larry Cambronero’s grandfather survived the Bataan Death March and time as a POW and his father fought as a member of the resistance. Larry now serves as the leader of the Bataan Corregidor Survivors’ Association and Their Families, a group based in Seattle who work to preserve and honor the memories of their family members who served during WWII. The group not only protects the stories of their families’ service, but also fights to secure benefits for veterans and advocates for the inclusion of the historic role of Filipino soldiers into school curriculums.

“It’s up to the third generation, the children and grandchildren, to go out and tell their stories.” –Larry Cambronero Jr.

During WWII, guerilla troops formed a vast resistance network. The troops, many of them teenagers, continued to fight against the Japanese occupation. Manny de Ocampo Jr.’s father Lt. Col. Emmanual de Ocampo was one of the young men who formed “The Hunters” guerilla fighters. The Hunters were a formidable force of young ROTC members who were prevented from joining the military due to their age. After the fall of Bataan, the men met in secret in the mountains and began clandestine efforts to disrupt the Japanese occupation. During the Battle of Manila in 1945, a major battle in the campaign to retake the Philippines, Manny’s father and The Hunters fought alongside the U.S. Army. 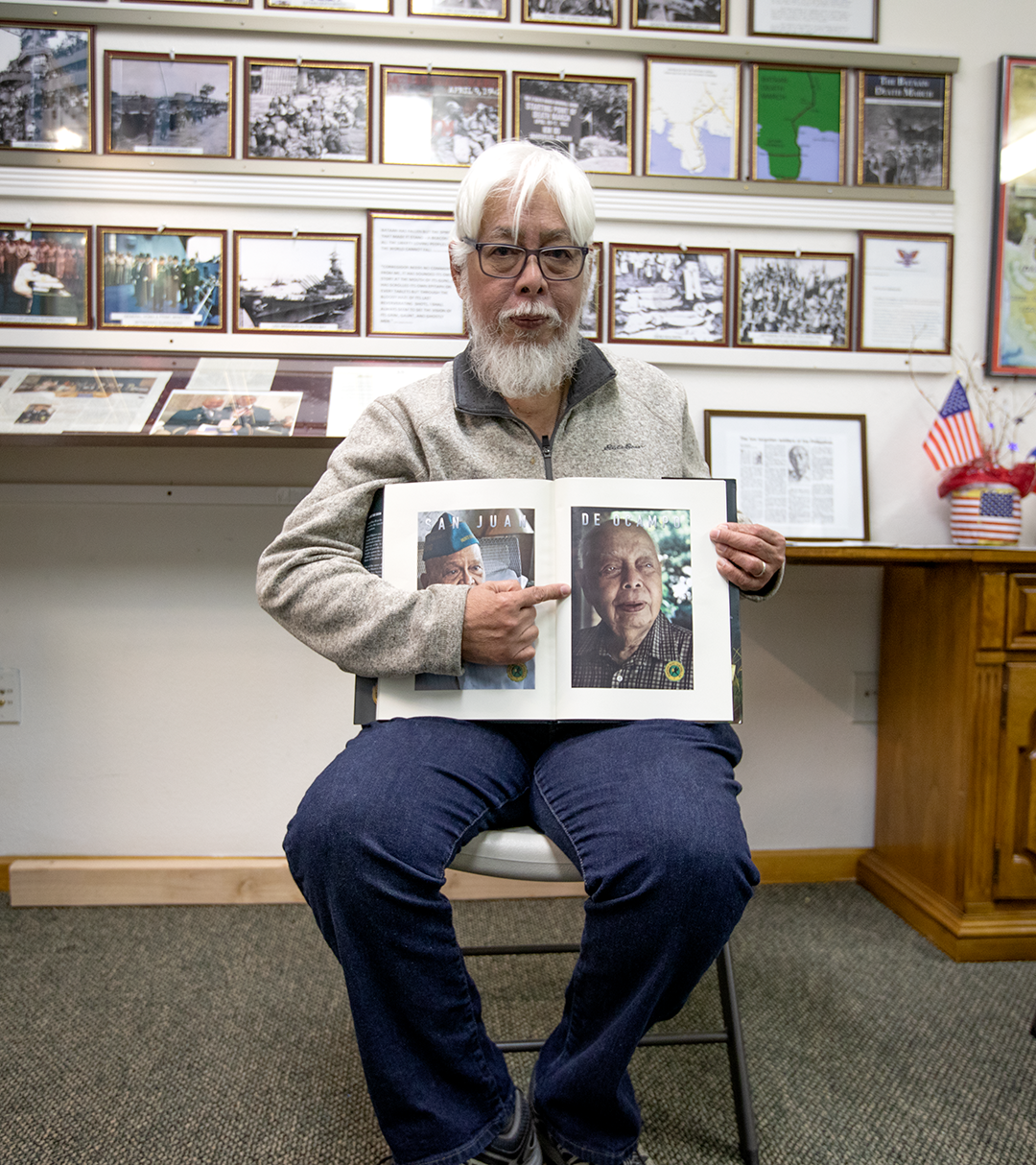 As citizens of a U.S. Commonwealth, Filipino troops were promised the same benefits as American service members. In 1946, the United States passed the Rescission Act, which denied Filipino veterans access to the promised benefits. There are an estimated 11,000 Filipino veterans of WWII still living, many of them fought as guerillas and lack the types of formal paperwork required to apply for benefits, despite other records of their service. A number of Acts have been introduced to Congress in an attempt to right this wrong and provide full benefits to all who served during WWII, most recently a bill in 2018. None have successfully passed. Thanks to the efforts of groups like the Bataan Corregidor Survivors’ Association, efforts to honor the history and fulfill our promises to these veterans continues.