This Saturday, marks a significant milestone for the Flying Heritage & Combat Armor Museum (FHCAM) and for the world warbird community. At the museum’s 4th annual SkyFair, one of only three flying de Havilland Mosquito flight bombers will take to the skies, in view of the public, for the first time.

FHCAM’s Mosquito is one of more than 7,700 of its kind built in the UK, Canada, and Australia. The Mosquito is different than many other World War II-era aircraft in that it was made almost entirely of wood—spruce, ash, birch, fir, and balsa. The twin-engine plane was incredibly light and fast—faster, in fact, than nearly anything else in the air until the advent of jet and rocket aircraft.

The collection’s Mosquito was built in Leavesden, England, as a training aircraft in 1945. The plane was among the last of the type to be retired from Royal Air Force service in 1963. Turned over to the Imperial War Museum (IWM), the Mosquito appeared in the classic 1964 film 633 Squadron.

After filming, the plane was displayed in an IWM facility until 1988. It was severely damaged during its days at the museum, losing a large portion of one wooden wing. The battered relic was traded to the museum in 2003, after being grounded for about 40 years. The daunting restoration project was sent to New Zealand. The rare Mosquito returned to the skies in late 2016 during secluded flights in the Southern Hemisphere. While the plane retains some aspects of a trainer, additions were made to give the Mosquito the appearance of a wartime FB.Mk.VI (Fighter-bomber Mark 6) fighter-bomber.

The classic machine now joins an amazingly rare group of military vehicles and aircraft. Paul Allen’s collection is like no other in the world, with rarities and immaculately restored yet functional military vintage equipment. Allen believes in “keeping history alive,” allowing visitors to not only see, but feel and hear these symbolic and powerful pieces of combat technology in their original state.

Among the other icons of the FHCAM collection is the only airworthy Focke-Wulf Fw 190 German fighter in the world, one of only two flying Il-2 Shturmovik Russian attack planes, and an American P-51D Mustang that was used to shoot down a German jet fighter during combat in the war-torn skies over Europe. 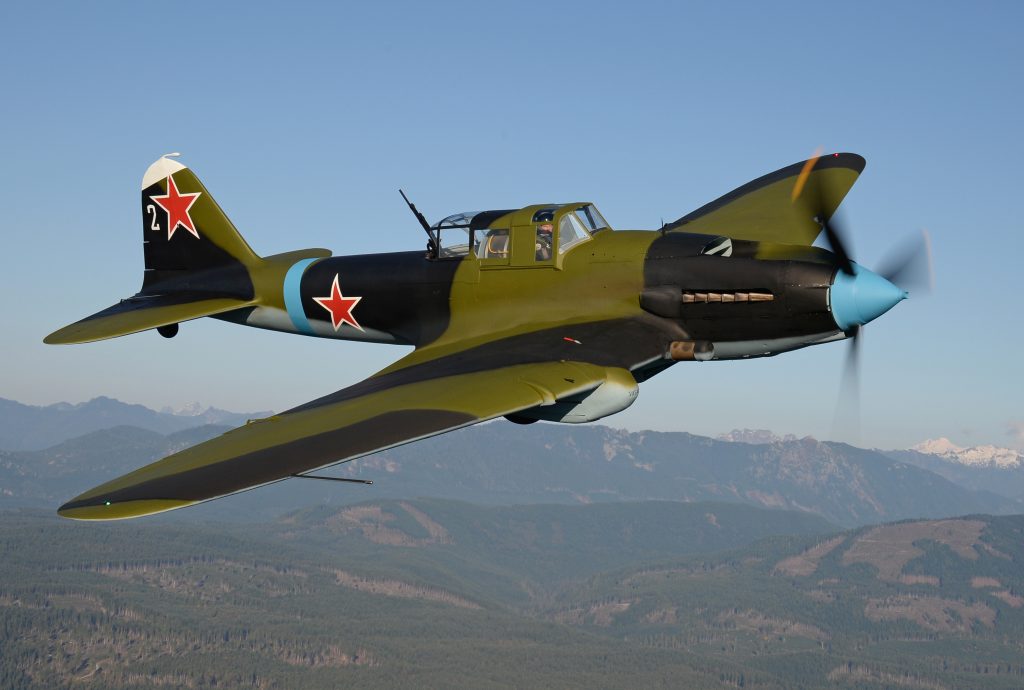 FHCAM’s SkyFair is the biggest show of its kind, combining both military vehicles and classic aircraft. More than 20 aircraft and rare vehicles will perform for the assembled crowds at Paine Field, an airport located north of Seattle, on July 22. While some are part of the FHCAM collection, others come from all across the West Coast to take to the skies or rumble and boom in the museum’s tank arena. There is nothing in the world like witnessing these rare military machines up close.