In August, when Upstream Music Fest + Summit was announced to the world, Paul Allen told the Seattle Times, “What I really want to do with this festival is support up-and-coming acts.” He made good on that promise, and with the full lineup announcement of over 300+ artists, the Upstream Music Fest + Summit is giving a stage (over 25 stages, actually) to emerging artists from Seattle, Portland, Vancouver BC, Boise and beyond.

We're just gonna drop these 300+ artists right here and see ourselves out.https://t.co/xnVzqsIMrA has all the deets. Passes start at $40. pic.twitter.com/ruqb54hdB2

By day, Summit attendees will learn about the music industry side-by-side with the artists they discover in unique venues each night. Using keynotes and breakout sessions as an opportunity to learn about an industry that is constantly confronted with exciting new approaches to making, distributing and discovering music.

Head to upstreammusicfest.com to dive into all 300+ artists and summit speakers spanning every genre and industry. 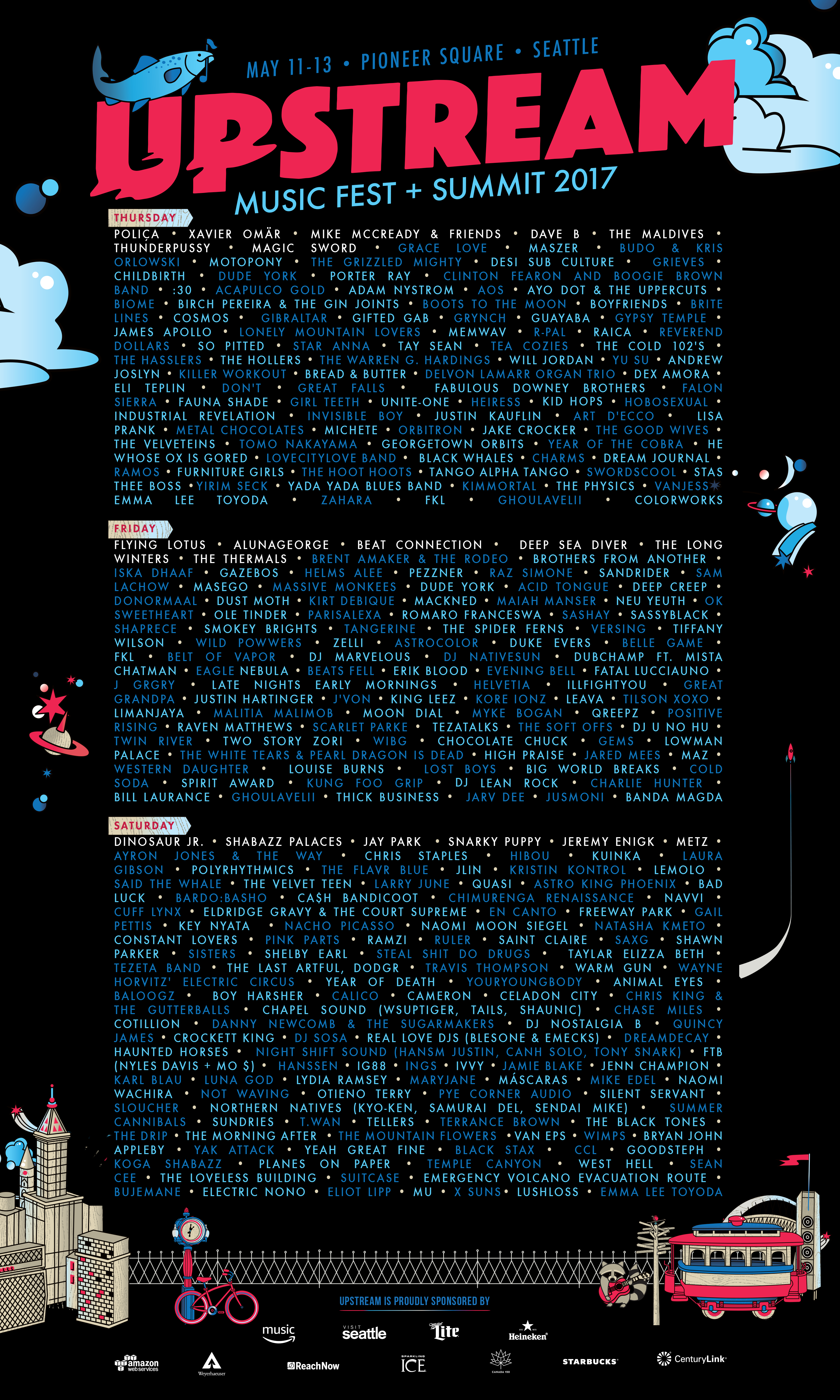