Innovator Profiles: Nato Thompson Knows Art Can Be Confusing, But Says That Shouldn’t Deter You

Nato Thompson is currently the Artistic Director of Philadelphia Contemporary and was selected as the Artistic Director of the 2018 Seattle Art Fair, running from August 2-5 at CenturyLink Field Event Center. Thompson will oversee curating site-specific installations by world-renowned artists and tapping leading cultural figures for talks and panels at this year’s fair.

When it comes to appreciating and collecting art,Thompson says to go toward what excites you and not get too overwhelmed. 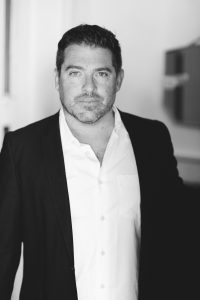 “The important thing to know about art is that most people don’t know what’s going on in art, but I don’t mean that in a bad way,” Thompson said. “Art is a very confusing place. I feel like when people get confused, they’re worried that people know more than them and then they get intimidated and give up. Go toward what attracts you and don’t worry about the other stuff.”

We sat down with Thompson to talk about his approach to being Artistic Director, the kinds of art he finds most interesting these days and why this year’s fair is a can’t-miss event.

It’s simple, really. I’m putting together these programs which is art commissions, that is working with artists to make projects as well as the Talk series which is where you can either hear from artists or thinkers about things that are going on in the world. In short that’s my job. It sounds very easy and it sort of is just fun and interesting and my hope is to bring something exciting and illuminating and dreamy and thought provoking and wild which is what art’s supposed to do, to the Seattle Art Fair.

What fuels your passion for this kind of work? How did you get started in art?

I grew up with artists. My parents are artists. I love art because it’s the “there are no rules” field of the world. Often, art is the place where they didn’t know what to call it, they just call it art. And that’s where I want to be. My passion is basic and simple, which is I like an open ended inquiry into the world that we have whether it’s in a myriad of forms it doesn’t have to just be paint it can be video it can be sculpture it can be people performing and doing wild stuff. And the fact is I embrace a world where I don’t know what’s going on. I enjoy that space of curiosity and wildness and that’s the arts and that’s what fuels me in terms of this fair.

You’ve been called a political curator. How do you use art to inspire change?

The big thing that really influences me is a basic insight into people. People are really complex, but simple. Everyone likes to think we base our decisions on information and we calculate it and then when we come up with all the rational decisions we do something, we do it. But I think we all know that isn’t actually how we operate. We’re feeling people, we’re irrational, we’re desirous, we’re hungry, we love, we hate. That complex creature – that feeling creature – is in fact how we operate through the world. Facts have a part of it, but not the entirety. So for me, the field that speaks to the heart – the emotions, the dreams, the desires – is art. And if you want to effect social change, you need to speak in that language. That’s why I think it can do great things for social change because it speaks to people they way they think.

In general, what excites you most about the arts currently?

I’m somewhat of a political curator, but I like to think of myself as a relevant curator. So what’s relevant today? Certainly the #MeToo movement has been extremely important in terms of gender politics, in terms of reconstructing a narrative of power not only in the workplace but beyond. That’s something that a lot of artists are reacting to that I find extraordinarily interesting and well overdue. Clearly, the rise of Black Lives Matter has had a profound effect on the museums and art-making practices across this country. And you see that in terms of, famously, Kehinde Wiley doing the portrait of Obama and the portrait of Michelle Obama [done by artist Amy Sherald].

But there’s much more than that going on in terms of new hirings and diversity at museums itself. So that’s something that is happening across the country that I find extraordinarily important and exciting. Simultaneously, I think there is an interest in artists like Mark Bradford and Theaster Gates and Rick Lowe. These are all African-American artists who have been using their money made from art to reconstruct the cities around them so that there is a hybrid interest in social justice and economic development toward finding a kind of social space for the most disaffected people in our society. And to me, that’s an extremely exciting challenge and a new horizon that’s worth exploring more.

What are you most excited about with this year’s Seattle Art Fair?